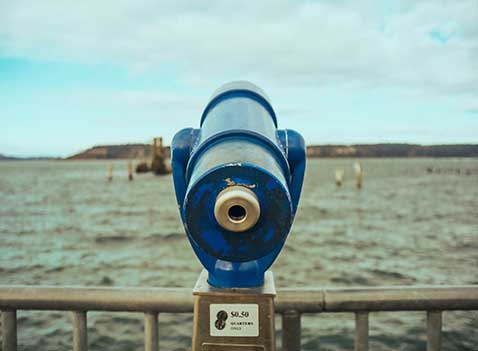 In a previous article, Seattle Commercial Real Estate took an overview with Bellevue and Seattle office markets. The comparison of the two cities and their futures generally needs to be looked at more closely. Let us start with Seattle and their 2020 “Summer of Love” which garnered national attention for its riots and anti-police sentiments. With a new mayor and some new council members there is a shift in direction of city leadership. The visible signs are clear when you see encampments being cleared, the return of tourists, and the start of return to offices. Yet, only 23% of Seattle residents, according to a recent Seattle Times article feel that Seattle’s government is “going in the right direction” versus 74% of Bellevue’s residents. Asked if they trusted government to spend their tax dollars wisely, 71% in Bellevue said yes and only 35% in Seattle said yes. Residents in the two agree with removing homeless encampments and supporting affordable housing by vast majorities. About 64% of residents of both cities have a low opinion of Seattle’s City Council.

Seattle’s commercial real estate health is vital to the success of the region and the professionals of Seattle Commercial Real Estate have some genuine concerns. A recent interview with a major architectural firm gives us reason to pause. In Seattle the lead time to obtain an appointment to intake a project would be 7-8 months. The approval process 12-16 months and delays in construction through lack of personnel to perform inspections could add as much as 2-4 months to an 18-20 month construction cycle. That kills the small developer and impedes the institutional developer. Commercial real estate does not operate in a vacuum and an aggressive city welcoming development will make things potentially more attractive. The real bellwether of the future of Seattle will come in the next 3-5 years when major office leases start to expire (generally a new lease/construction will have a 10 year term plus options). The fact is that 65% of the revenues for the City of Seattle are generated in the Central Business District. Let’s keep an eye out going forward.

The Regional importance of Seattle cannot be over emphasized. “Seattle” is the national name, and it is carried on the flag of the Mariners, Seahawks and more. Seattle Commercial Real Estate is often contacted from all over the world by people interested in “Seattle”. Most do not have the vaguest concept that “Seattle” is part of the Seattle Metropolitan Statistical Area (SMSA) which geographically covers from North of Everett to South of Tacoma. The fact that within the SMSA there are multiple sub-markets (look at Ballard, Capitol Hill, Rainier Valley, South Park, etc. in the City of Seattle alone) comes as a shock to the uneducated outsider. The health of the SMSA is a critical element for the health of commercial real estate in our area. If Seattle is healthy, then the perception for commercial real estate in Seattle will likewise be healthy.