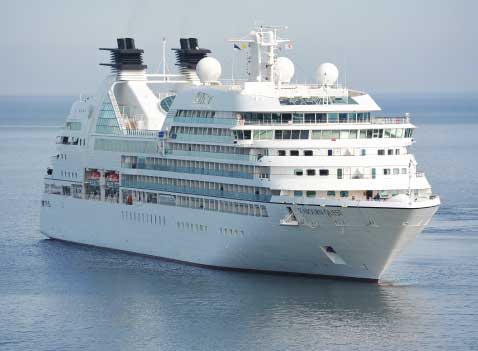 The announcement by the Canadian government at the start of February prohibiting Alaska cruise ships from passing through Canadian waters heading north to Alaska, has created a significant problem for the City of Seattle, Seattle business, commercial real estate and the State of Washington. Effectively, no cruise ship can dock in Seattle, embark passengers, and cruise up the Canadian West Coast to Southeast Alaska. The immediate reaction from merchants in Southeast Alaska whose seasonable businesses tie to the tourist industry was immediate and stricken with horror. Is the same true for Seattle?

The effect for Seattle is compounded relative to Alaska. Each ship that enters the Port of Seattle is a generator of $4M. That impact is spread through airports, hotels, food service and entertainment. That is the equivalent of a basic industry of over $400 M, but wait, there is more. There is a thing called a Job Multiplier. That means for every job created, it in turn creates additional jobs. A manufacturing job has a multiplier of 1.5, government .75 (a negative impact), but tourism is 2.0. That means we are losing a $800 M employment generator that is at the root of the 400,000 people in this state directly or indirectly employed by the tourism industry. These are jobs in restaurants, hotels, and retail, which is the dynamic heart of commercial real estate in downtown Seattle. Commercial Real Estate is materially affected and jobs are lost with the repercussions echoing through multi-family and industrial real estate as well.

This week also noted an article in the Seattle Times touting a substantial downturn in the demand for office space in Seattle, coupled with a material increase in demand in Bellevue. This demand was exemplified by the announcement of the sale of a key property by the East Link Station in downtown Bellevue for the new rail system on the West side 112th NE. The area will accommodate 6 projects that will total 3.2 million feet of office and 750 multi-family units.  The buyer was an institutional developer out of New York.

Maybe the message will start to get through to the Seattle City Council. 52% of City tax income is generated in downtown Seattle. Will the City Council use the time to February of 2022 to clean up homelessness and its blight on the commercial real estate landscape? Will the ruling of a Federal Judge against further potential reductions in the Seattle Police Department send a message? Will the announcement of the huge backlogs in the court system be heard?

The listings now for vacancies in multi-family and rent concessions offered are climbing rapidly in Seattle. One investor has a 15 unit building 4 blocks from the former CHOP Neighborhood with 5 units vacant and no responses to advertising and promotions for the last eight months. Price reductions are the norm for properties listed longer than 3 months. Another client has picked up 3 major land holdings for future development at reductions of 40-60 percent from former asking prices. It is going to be an interesting ride for commercial real estate in Seattle. Hang on, we are just leaving the starting gate.