Seattle Urban Density is #10 and Climbing 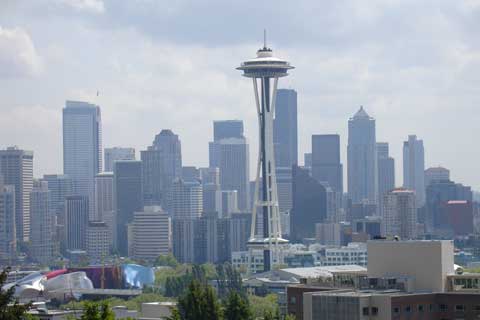 Seattle Commercial Real Estate watches all kinds of indexes and news releases to keep our clients up-to-speed and knowledgeable in the commercial real estate investment market. It is interesting then to note that Seattle has climbed to number ten in terms of the greatest population density among major cities in the United States. This density is 8,000 people per square mile according to statistics published from the US Bureau of the Census based upon 2014 census information. This places Seattle, with a population at approximately 665,000, behind number nine, the City of Los Angeles. More interestingly is that with the current growth rate of 12 per cent per annum, Seattle’s density will pass that of Los Angeles in just five years.

The implications of this growth are a good news/bad news story for real estate investment. The rapid growth of multi-family development is heading towards an inevitable adjustment of oversupply. In the past five years, Seattle has added 11,415 multi-family residential units and an additional 10,000 subsidized multi-family residential units. Land prices are out of sight and there is a shortage of commercial investment real estate. Industrial real estate is in short supply and major companies, such as GM Nameplate are contemplating moves to areas where rents are cheaper. Weyerhaeuser, on the other hand, has sold their Federal Way office campus and is moving to downtown Seattle near Quest Field. This is a small fraction of the 9 million square feet of office rental space added since 2010.The implications of growth are confounded by a visual and obvious homeless situation and yet, there is more good news.

The crime rates in Seattle have dropped. The police department hired 200 new officers last year and will hire another 200 this year. Thirty-thousand total new jobs have been added since 2010. Rapid transit is developing infrastructure with fully 69% of the holders of the city’s 246,000 jobs using a means other than single car transportation. The unemployment rate is 3.5%. The Convention Center is expanding to the tune of $1.2 Billion. It is a fascinating time in the Emerald City.

Categories: Investment, News
« Previous Post: Was, Is, and the Future
Next Post: The Boeing Factor in Seattle Real Estate »