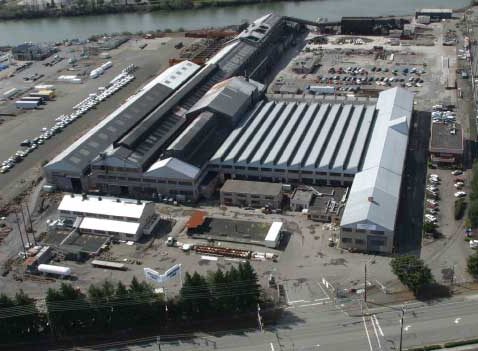 Factors affecting the growth of commercial real estate in Seattle and the State of Washington are not centered in downtown Seattle alone. When Amazon searched nationwide for a new HQ 2 site and they were turned down by New York City, they looked east to the City of Bellevue. This was stimulated by an unfriendly city government that imposed a tax on wages for higher incomes on companies with workers in the city. This tax has affected over 800 businesses like Amazon, Meta, Starbucks and the collateral effect has trickled down to smaller businesses. Bellevue leaped into the breach and now, that growth and the cost of housing in Bellevue, has climbed so high that it is cheaper to live in Seattle and commute than to live in Bellevue.  All costs of housing in Bellevue and the Eastside leads to a rate of inflation that is greater than Manhattan, with a median house prices in excess of $1,500,000.

Commercial Space for the Space Industry

Seattle’s commercial real estate industry always focuses on the headlines of the Big Boys. We cannot ignore other huge growth industries. One is the space sector, which has grown by 156% since 2018 and currently generates $4.6 Billion in annual revenue. Their 13,103 jobs generate $1.6 Billion in direct wage revenue and the growth projection is astounding. The sky is literally the limit for this industry and now with electric airplanes on the horizon, even more so.

Another impact on industrial real estate has been the growth of home shopping and delivery. The demand for “close in” industrial space has been astounding. Industrial land close to our ports is practically non-existent. A quiet but burgeoning industry for huge distribution is taking place in Eastern Washington. The ability to take port cargo past non-existent industrial land, store and distribute nationally, has spurred this growth and it is only in its infancy.

Seattle Commercial Real Estate sees another subtle industry. That industry is called Venture Capital. For years Seattle was known as the Graveyard for Executives. Now with the advent and attractiveness of this area springing initially from Microsoft, we have seen a huge proliferation of employees who have made their fortunes and then go forward to seek other opportunities on their own. From this base there has arisen the need for capital. Money follows money and talent follows. This is true in our burgeoning medical/biological industry and their demand for industrial spaces.

These factors have uniquely positioned Seattle commercial real estate for great long term growth. Clearly there are concerns in retail real estate, industrial real estate, affordable housing, office real estate, inflation, supply, and distribution, but these are challenges that the professionals from Seattle Commercial Real Estate try to address in all areas for the benefit of our clients.