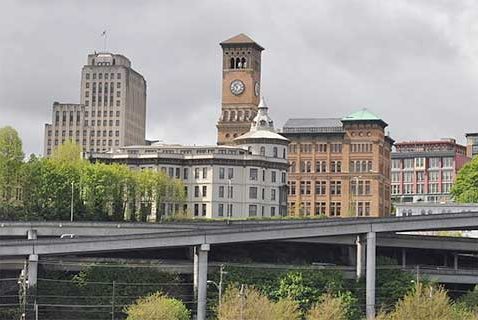 “Seattle” commercial real estate is not limited to Seattle. The unique geography of the cities bordering Puget Sound create a need to look north and south for land to accommodate growth. The history of the State of Washington with the advent of rail connections from the East to our coast started with Tacoma, the “City of Destiny”. Oops, Seattle grabbed a rail head and Tacoma has been the tail to Seattle’s dynamic real estate growth. No more, its destiny is now.

Tacoma is the new center of growth

With the geographic restriction of land, Tacoma, which is in Pierce County, and Thurston County, which is home to the State Capitol, Olympia, have become dynamic centers of growth. The answer is simple: the cost of land. Sticks and bricks are what sticks and bricks cost. Labor outside of Seattle is generally cheaper, and land becomes the next factor as well as a collaborative and business friendly political environment. The center of this explosion started in downtown Seattle and Lake Union, but availability and land cost in Tacoma and south, have created a huge dynamic shift. We see the effect on multi-family development, the addition of huge industrial warehousing and the opening up even more of the Port of Tacoma with the completion of Highway 167 curling south from Renton to the Port.

“Affordable” for Tacoma now means Thurston County. Seattle Commercial Real Estate has spearheaded an assemblage of over 700 units of multifamily in the county for less than $8,000 per unit. An easy comparison is Seattle, which is $50-60,000 per unit.  With remote work and quality of life ever increasing issues as the Millennials transition to a family lifestyle, the reality of going south is easy to understand.

The gateway to Washington state is Vancouver

To the South of Thurston County there are huge distribution facilities, like those projected for Eastern Washington. 1.2 million square feet for Lowe’s in Rochester, large projects in Chehalis and Centralia. This is the midpoint between the Portland and Vancouver markets and Seattle. People in Seattle often forget that in fact Vancouver is the fourth largest city in our State. It is easy to understand that zoned, serviced land, at $1 per square foot for industrial development compared to $100 per square foot in parts of Seattle makes sense.

Seattle Commercial Real Estate is the name of the company, but as real estate professionals, we cannot properly serve our clients if our focus is too narrow. Go South Young Man.