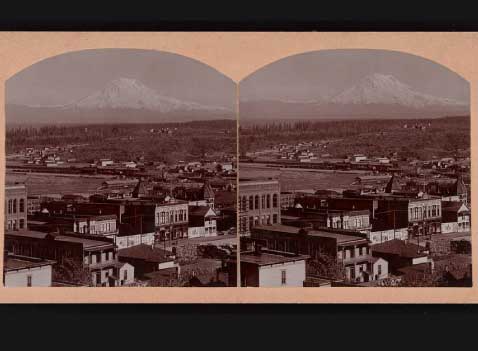 From its inception,  the City of Tacoma, Pierce County’s pride and joy, was known as the “City of Destiny”. It was the terminus of the cross-country rail line and certain to become the center of the world in the Northwest. It did not happen, but it did happen in Seattle. As commercial real estate professionals, we now must acknowledge that it is no longer a wish, it is a reality. With affordable multi-family rents, affordable single family housing and an influx of start-ups, the time is now. Five years ago, there were five or six companies in the tech industry in downtown Tacoma. Today there are 20 or more with such disciplines as biotech, prop-tech, cyber security and more. Amazon is rumored to be looking for office space and the University of Washington Tacoma Campus started a Center for Excellence turning out the employees to feed the  growth of tech in Tacoma. Coupled with the willingness of Venture Capitalists to underwrite startups in the County, the future is bright.

The growth of business in the Port of Tacoma, coupled with the construction and completion of the link of Highway 167 to I-5 and condemnation for an anticipated light rail link, has created a tremendous shortage of industrial space with rents in existing spaces ramping up quickly. The County and its municipalities have developable land for industrial uses, unlike all but a small portion of southern King County. The future is looking good.

At the same time commercial real estate on the Eastside of Lake Washington, centered in Bellevue, is soaring to heights unanticipated only a decade ago. A national company has announced a complete redevelopment of a block on Main street with 925,000 square feet of office space in four office towers and five 8 story residential buildings. Commercial real estate in downtown got another affirmation when the 131 year old Seattle based Clise Family took the revenue from their sales of many blocks of property to Amazon in downtown Seattle and bought a three quarter acre parcel for over $876 per square foot in downtown Bellevue. The message is going out (link Thanks after thanksgiving?) and the professionals from Seattle Commercial Real Estate are paying attention.