The return to downtown Seattle 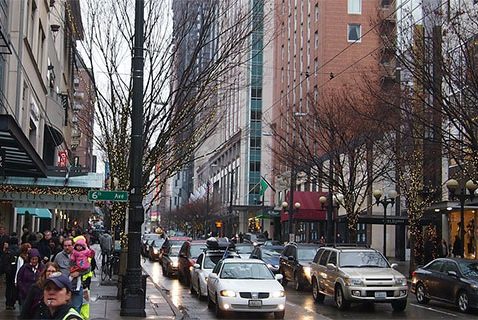 Following a national trend Seattle Commercial Real Estate has noted the move from the suburbs to downtown cores of corporate headquarters. The office leasing market is the beneficiary of this trend and Weyerhauser and Amazon’s new locations are proof positive. The driving force behind this trend is the base of employees. It can all be blamed on millennials who want the vibrancy of living and work next door to each other.

That is great news for multifamily developers and investors. The rate of increase in multifamily rents has slowed, but we have lead country over the last several years. That is the good news but there is bad news. The major concern of the liberal administration of the City of Seattle has come up with new regulations to create affordable housing. You can “buy” more density by creating affordable units or pay a fee towards the creation of affordable multifamily units. Then the city now passes regulations compelling multifamily owners to serve people on a “first come/first serve “ basis and compelling them to consider any all forms of ability to pay, including Section 8 vouchers. Further, Landlords can no longer offer special incentives to Millennials from companies like Amazon such as lower move in fees, etc.

Government has now turned to academia for solutions such as creating “affordable” condominiums. Seattle has created more condominiums over the last few years than any other city on the West Coast. The problem is that the units that have been created are well above the level of median incomes. Quite correctly, the Runstad Center at the University of Washington has identified the issue as being solvable in the same manner as has been done in British Columbia. The difference in the creation of condominiums in the multifamily industry is the prospect of almost certain litigation to the condo developer and the excess of fees and mitigations. Good news and bad news.