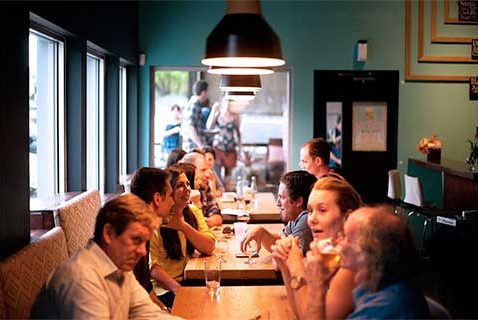 Many of our clients had the restaurant business as the base of income from which they made a living while moving into real estate investments. One of the more interesting clients was a family from Viet Nam. The family came here with nothing and had done well. The kids were moving into professions out of college. Two sisters decided to open a Pho Restaurant but had no prior restaurant operation experience. They were referred to us by their house real estate agent.

The initial plan was to rent a store front and open a 3-4,000 square foot restaurant, serving alcohol and a full menu. We led the client to the concept of buying an existing operation with all the systems in place of approximately 1,000 square feet. Purchasing an existing restaurant for less than $75,000 would be far cheaper than investing $300,000-$400,000 to open a new restaurant. We recommended operating the business for a year and perfecting recipes and costs before moving up.

We found a well located restaurant and bought it for $56,000. After the grind of running the business seven days a week for a year, the owners were exhausted and found that they were working only to pay themselves minimum wages.  We sold the business for $75,000 and instead of having the risk of investing substantial monies, the client lost only time and effort and mitigated their risk with a small profit at the end.