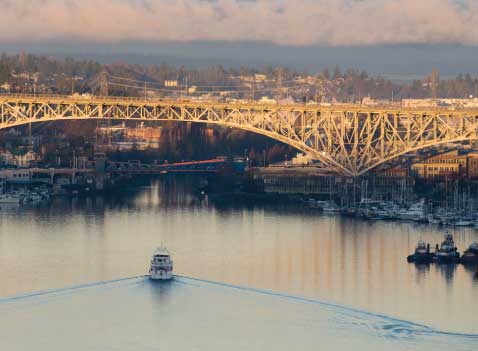 The vibrancy of Seattle commercial real estate in the CBD has other elements other than office real estate and retail and commercial activity. That is the vitality of the Tourist and Hospitality industry. Nothing stands more clearly as a symbol of this future prosperity and its effect on the commercial health of the CBD than the expansion of the Washington State Convention Center. This project was initially tabbed at a mere $1.4 Billion and will now exceed $2 Billion inn cost. The Center will generate 3,900 jobs, $260 Million in customer spending and $19 Million in sales tax revenue. To put those numbers in perspective, we need to use the job and revenue multiplier. That means the collateral benefits are multiplied by two. In other words, this generates the equivalent of a basic industry employing 7,800 people and generating $520 Million in wages.

Courtesy of Covid there have been 84 conventions cancelled representing $612 Million in revenue losses to date (again, multiply by 2 to understand the magnitude). 23 conventions have now been rebooked. Summer saw an increase in tourism and travel along the waterfront and downtown to approximately 60% of the pre-Covid levels, still far below 2019 levels. Hotel occupancy rates rose from single digits to 67% in December. This is significant in that the bond financing for the Convention Center is tied to a tax on hotels.

If we are to fairly evaluate the commercial real estate industry in Seattle, then we must adjust our thinking by adding to the mix all those things that are clearly out of the control of commercial real estate and the City of Seattle. Let’s start with the world by mixing in Russia, China, and Iran. With that as a base, let’s throw in disruptions to the supply chain, materials shortages with cost increases, and to make the recipe even more interesting, let us add in the increase in basic fuel costs, inflation, and the certainty of an increase in interest rates by the Fed.

Investors and users of commercial real estate are imbued with inherent optimism. Realists recognize the risks and calculate the probabilities. On Day Two of 2022, the weather forecast is looking for the sunshine but realizing that there are rainstorms to deal with.