Forrest Gump and the Fat Lady 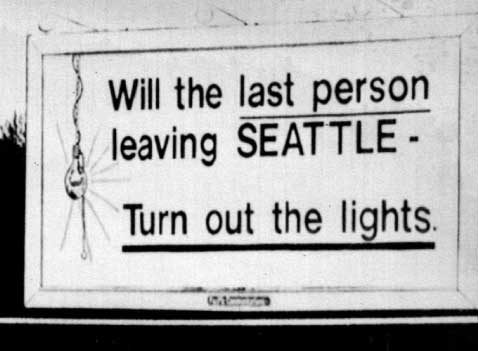 In the movie, Forrest Gump offers the observation that “stupid is, as stupid does.” It doesn’t appear that the City Council of Seattle took this wisdom to heart. The council voted to impose a “head tax” on successful companies (like Amazon) doing business in the City of Seattle with more than 200 employees and doing more than $20 Million in volume. This “compromise’ solution was to reduce the tax from $500 per person per year to “only” $275 per person per year.

Amazon, which had committed to lease office space in the new Rainier Tower, threatened to drop out of that deal and other leases if the proposal passed. 138 businesses and business owners petitioned the City to not pass the ordinance. Here is where commercial real estate in Seattle needs to give the council a little history lesson. South Lake Union was a former industrial area and then Amazon moved from the former Pacific Medical Facility on Beacon Hill to South Lake Union and started building and leasing high rise office space. Amazon jumped to 45,000 employees in a core downtown location bucking the historical trend (see San Jose and Silicon Valley) of suburban office parks and set a trend for millennials and future growth. The multi- family industry went crazy (like 27,000 units or more). As a comparative example, Proctor and Gamble’s headquarters in Cincinnati has just 10,000 employees.

From 2010 to June of 2017 Amazon’s presence lead to capital investments in commercial real estate totaling over $25.7 Billion and an additional 53,000 jobs. Amazon’s threat to stop doing business in Seattle and the imposition of this type of tax is a clear message to others. Amazon had already commenced their Headquarters Two search and Bellevue and surrounding areas are licking their chops to “assist” in the potential outflow from downtown commercial office and related real estate uses. But wait, is the tax really legal under Washington State Law? Many are forecasting that in the same way that Seattle’s proposed income tax was ruled illegal, that this tax may meet exactly the same fate. The opera is not over because the Fat Lady ain’t sung yet. More to follow.